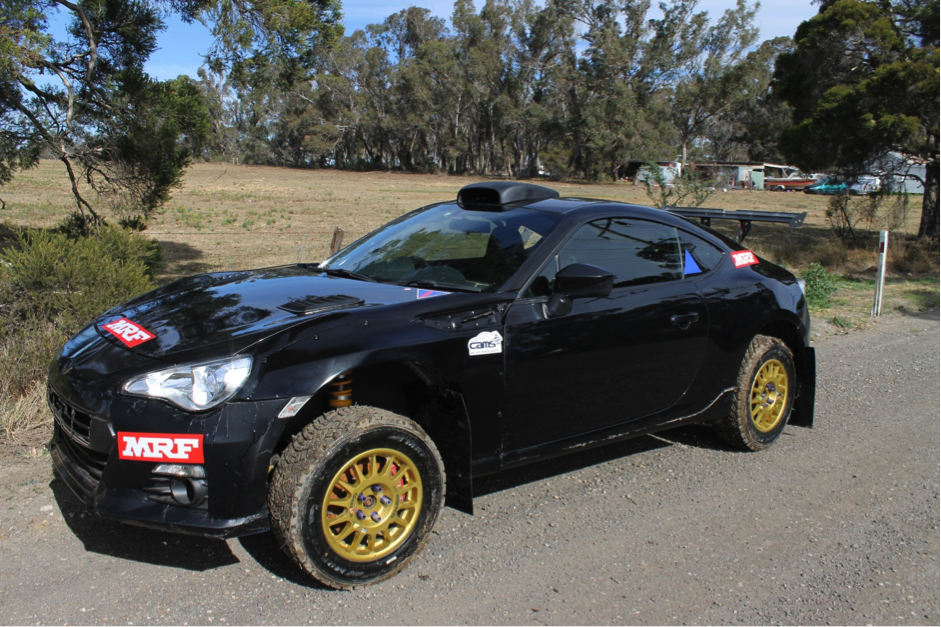 Dunn has spent this year developing his Alliance Motorsport Subaru BRZ under the CAMS G4 regulations, using the freedoms granted under these regulations to use an existing homologated driveline integrated with a newer and lighter body shell.

“We were pleased with the performance and set up of the STi,” Dunn said.

“However, we decided it was time to step things up and starting looking at vehicle upgrade options. We were in the situation that other competitors are facing – a  shrinking market of suitable and affordable modern factory all-wheel-drive vehicles.”

Dunn looked beyond the standard factory options in search of a unique rally car that could deliver not only on performance but also on visual appeal.

“We’ve succeeded in developing a viable vehicle conversion package that will deliver the competitive all-wheel-drive rally car that we are looking for, and within a reasonable budget,” explained Dunn.

Featuring a turbocharged two-litre STi motor coupled with a six-speed AWD transmission, the BRZ comprises a unique setup that is designed to maintain its natural handling balance, with widened bodywork and an AP4/G4 compliant rear wing that will keep the car well planted.

Dunn said that substantial research and development effort has gone into this project, and the team is now working towards preparing the BRZ for it to be inspected to complete the required CAMS G4 recognition process before tackling next year’s ARC. This process will ensure that CAMS has approved the vehicle for G4 prior to it entering any competition as a G4 car.

The Alliance Motorsport Team is planning to test the car extensively until they are satisfied with both performance and reliability, making use of the 2018-19 North Shore Sporting Car Club’s Summer Rally Sprint Series at Eastern Creek and the Hills District Car Club grounds at Hampton, NSW.

In the meantime, Peter is planning a return to the ARC at the 2018 BOTT Adelaide Hills Rally in the WRX STi and to give the car one final run at Kennards Hire Rally Australia.