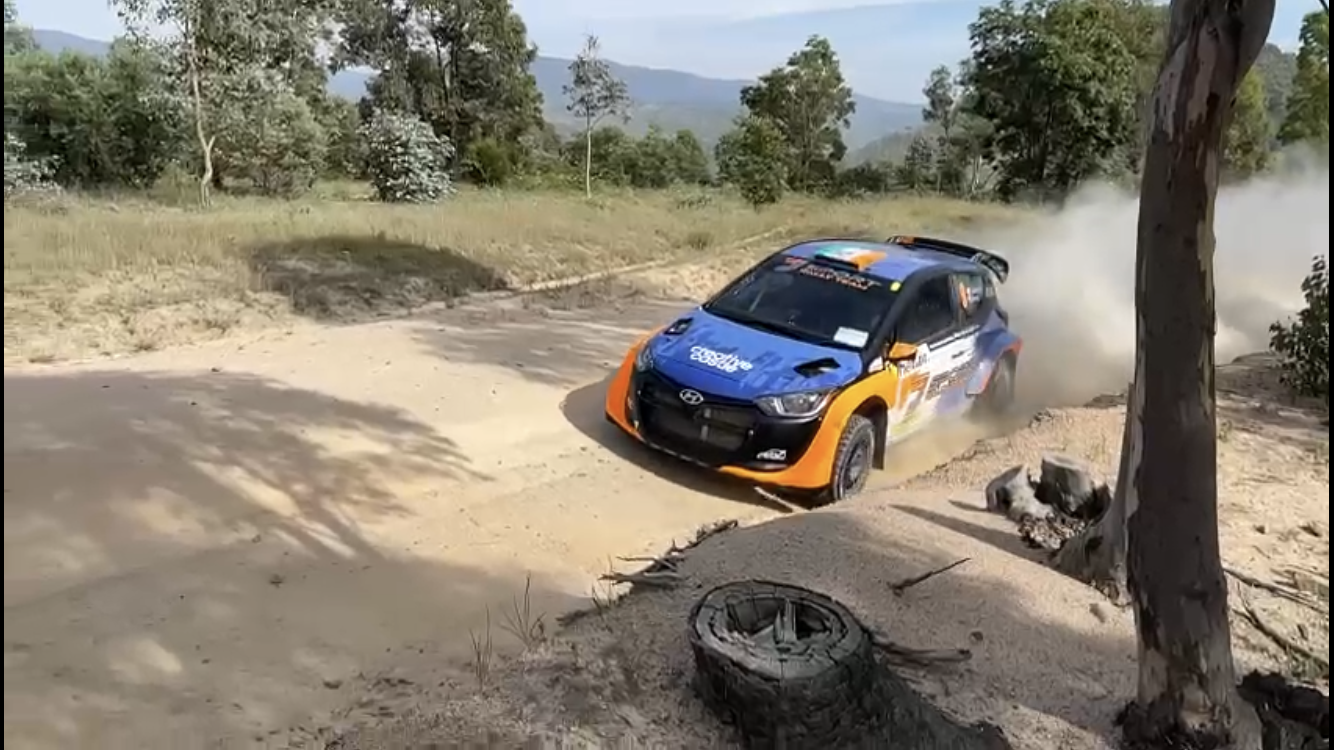 It’s been a long wait but the Netier National Capital Rally has finally arrived with 2019 RSEA Safety Motorsport Australia Rally Champions Harry Bates and John McCarthy dominating the opening stages of the event.

It’s been all Bates and McCarthy this morning as the Toyota Gazoo Racing Australia duo have won all four stages and head into the RSEA Safety Motorsport Australia Rally Cup’s  midway point with a one and half minute lead over Orange Motorsport Engineering’s Molly Taylor and Dale Moscatt.

While Taylor, Moscatt and their Subaru WRX Sti comfortably sit in second place, the battle for the bottom step of the podium is significantly closer with a number of crews in the running thus far.

Currently occupying third place on the outright standings are Clayton Hoy and Erin Kelly who have bee highly consistent so far, while Chris Higgs and Steve Fisher in the High Country Motorsports Mitsubishi Evo IX sit in fourth place.

Not only are both Higgs and Hoy locked in a battle for a podium place, but the duo are also headlining the Hoosier Challenge, with the winner to receive free entry into an ARC round of their choosing next year.

Rounding out the top five just seven seconds behind Higgs and Fisher are Luke Anear and Andy Sarandis and a further seconds behind the the AGI Sport Ford Fiesta R5 are JJ Hatton and Nathan Long in the J Sport prepared Hyundai I30 – making it five different manufactures within the top six.

Unfortunately there has already been a number of high profile casualties thus far with Toyota Gazoo Racing Australia’s Lewis Bates and Anthony McLaughlin in the Toyota Yaris AP4 and White Wolf Racing’s Tom Clarke and Ryan Preston both going off in the day’s first stage.

Clarke and Preston’s early exit from the event has opened up the title race in the MTA Motorsport Australia NSW Rally Championship, with Hoy and Kelly, Mal Keough/ Andrew Bennett and Tony Sullens/Kaylie Newell all making up the top three and battling it out for the 2020 title.