Over the past 17 years, Lisi Phillips has been heavily involved in the rally scene as a well-respected and sought-after co-driver for many different drivers around the country.

However for the most part, she has been sitting next to her partner Ethan Pickstock, who first got her involved in the sport all those years ago.

It hasn’t always been rallying for Phillips though, with her motorsport career first beginning as scrutineer before she progressed to running events and being an event secretary.

The South Australian soon expanded her horizons to a service crew role and jumping in the driver’s seat herself. But for her, the biggest passion lies as the co-driver to Pickstock and the two were rewarded for their efforts when they secured the 2019 Motorsport Australia 2WD Rally Championship. The duo had competed in three rounds of the Championship and stood on the podium each round, which made their time together even more special and it was something Pickstock didn’t take for granted.

“Last year was full of challenges, especially having a car swap after Canberra, but the title was more rewarding as were able to work in the shed together and have many road trips,” Phillips said.

“I am also always in the shed getting my hands dirty and asking all sorts of questions about how things work.

“I have always enjoyed motorsport. I am a Holden fan through and through and really loved watching Supercars when I was growing up. However, it wasn’t until I met Ethan that I actually started competing.

“It all started in 2003 when I co-drove for him. We did a state round as my first rally, but it was a non-momentous occasion. The second rally we did was a bit more memorable as we landed in a dam.” 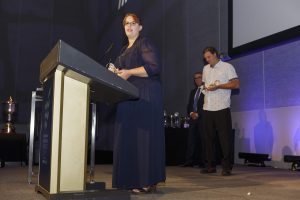 While co-driving is a passion for Phillips, she is fully aware of how important it is for people like her to continue excelling and representing women in the sport.

“There are so many females in the rallying world in the country, especially in Adelaide,” Phillips added.

“A lot of ladies are starting to come up through khanacrosses, motorkhanas and other grassroot events. There are even a few of us that even dabble in tarmac rallying which is great to see.

“It’s special for me to be a female in motorsport. We bring something different to the table because our brains do work differently. We have different strengths to the men which is important.

“The last couple of years have also seen me mentoring a young female driver in grassroots motorsport to help her achieve her goals of one day driving in rallies as well. It is amazing seeing the results improve of those I can teach and work with.”

This feature is part of a series highlighting the success and contributions to motor sport from women around the world in celebration of International Women’s Day, taking place on 8 March, 2020.

Motorsport Australia is eager to hear about the women in our sport making a difference, whether it’s as an official, competitor or as an administrator.

If you want to share your own story, simply email your story to [email protected] with any photos and you could be published on motorsport.org.au in the lead up to International Women’s Day.