Hyundai have confirmed they will enter three cars for drivers Thierry Neuville, Hayden Paddon and Andreas Mikkelsen in the FIA World Rally Championship finale at the Kennards Hire Rally Australia in November.

Other front-running teams M-Sport (Ford), Toyota and Citroën are yet to announce their Australian line-up, which are due in a week’s time.

New Zealander Paddon finished fourth in last year’s rally, in what he considers a home event.

Rally Australia, based in Coffs Harbour, will host the season-closing rounds of the WRC, CAMS Australian Rally Championship and the New South Wales and Queensland Championships.

Tickets are on sale now at ticketek.com, with a 2-for-1 offer on a $99 three-day, all-stages pass available until 31 October. 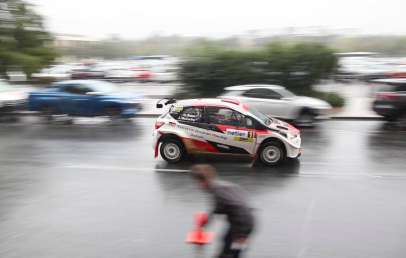