Bates took out heat wins on both Saturday and Sunday to claim 11 of 15 stages, finishing heat two 28 seconds ahead of Contel Communications’ Steve Glenney and Michael Potter.

Steve Glenney made a stellar return to the ARC as a driver after a ten-year absence, claiming second for the round with a string of fast and consistent stage times.

Tankformers Eli Evans and new co-driver Ben Searcy rounded out the podium in their first event together, finishing Sunday’s heat in fourth position behind Glen Raymond and Kate Catford but with enough points from heat one to claim third for the round.

In the ARC 2WD championship, reigning champions Adam Kaplan and Aleshia Penny took out the round win by just one point from Jason Lennae and Amanda Ramia. Haowen Chu and Xinan Mao claimed third. 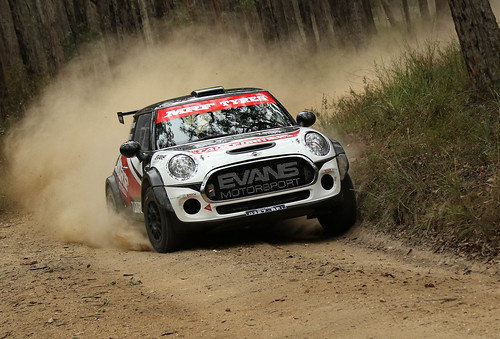